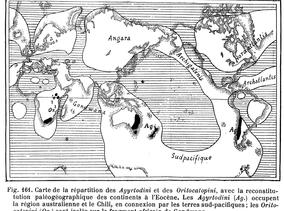 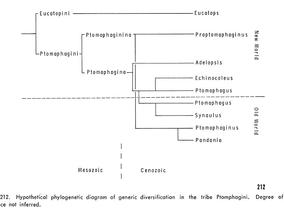 From Casale et al., 2009: “The Cholevidae are a group of Coleoptera Staphylinoidea which has undergone several changes in taxonomy and nomenclature. Cholevidae were related, during the XIXth century, to the families Scaphidiidae or Anisotomidae; a single genus (Leptodirus Schmidt, 1832) was also related to the Scydmaenidae. From the beginning of the last century they were included in the Silphidae when Jeannel, in a series of works culminating in a monograph (Jeannel 1936), separated the family Catopidae (and other families) from the Silphidae. In accordance with the principle of priority, the name Catopidae was recently changed to Cholevidae by Zwick (1979); this taxon is currently widely treated as a subfamily (Cholevinae) of the family Leiodidae, and is divided into several tribes and subtribes (see Newton 1998; Perreau 2000, 2008).

From Casale et al., 2009: “Cholevidae live in all continents, Antarctica excluded, and are represented by small and medium-sized species (from 0.8 to 9 mm).” From Schilthuizen et al., 2011: “They are ovoid in body shape, brown, grey or black, and as adults distinguishable only by subtle differences in the proportions of antennal articles, pronotal shape, and the genitalia (Jeannel, 1936); identification of the larvae is equally cumbersome (Zwick, personal communication). A significant percentage of Cholevidae are cave-dwellers, and some are highly specialized troglobitic elements (such as the subfamily Leptodirinae) or specialized inhabitants of mammal nests and burrows (e.g., the genus Choleva).”

From Casale et al., 2009: “The subfamily Leptodirinae is the one with the highest number of species; it is distributed, with very few exceptions, in the W-Palaearctic Region. Members of this subfamily are often hypogean, with scarce dispersal ability, and have undergone strong differentiation through isolation, which has resulted in a high endemicity rate. Moreover, the subfamily includes some of the species most adapted to life in subterranean habitats: Leptodirus hochenwarti Schmidt, 1832 is very famous, often being cited in biospeleology as the first troglobitic species ever to have been discovered and named.”

From Schilthuizen et al., 2011: “The majority of the species however are found above-ground on decaying matter, most commonly animal cadavers, where they probably feed predominantly on fungal spores (Peck, 1998; Betz, 2003). In temperate regions, they are among the dominant insect groups found on animal carcasses, both above-ground (Anderson, 1996) and buried (VanLaerhoven, 1999).”